Belmar was a new 22-block, mixed-used district in Lakewood, Colorado. Opened in 2004, it was one of the early, mixed use projects in the country, winning hundreds of awards in many categories. The challenge was the complexity of the components, creating a new downtown from a shopping mall site, and differentiating it from all the other development going up. There was retail space that had to be leased, but there was also restaurant and office space, rental apartments and townhomes, and condominiums for sale from $400,000 to $1.2 million. And every one of them had to be branded individually to distinctly different audiences, yet also fit into Belmar’s overall branding and positioning. And even that positioning was complex. Belmar wanted to be hip and urban, but at the same time appeal to its suburban location.

Culture was the commonality that appealed to both hip urbanites and affluent suburbanites. So we created a comprehensive events and programs plan that worked well within the constraints we faced. It couldn’t drain on our financial and staffing resources. It had to be ongoing throughout the year. It had to be newsworthy so we could generate press and spend a little less on advertising than typical centers. It had to attract people. And ultimately, it had to build a community. 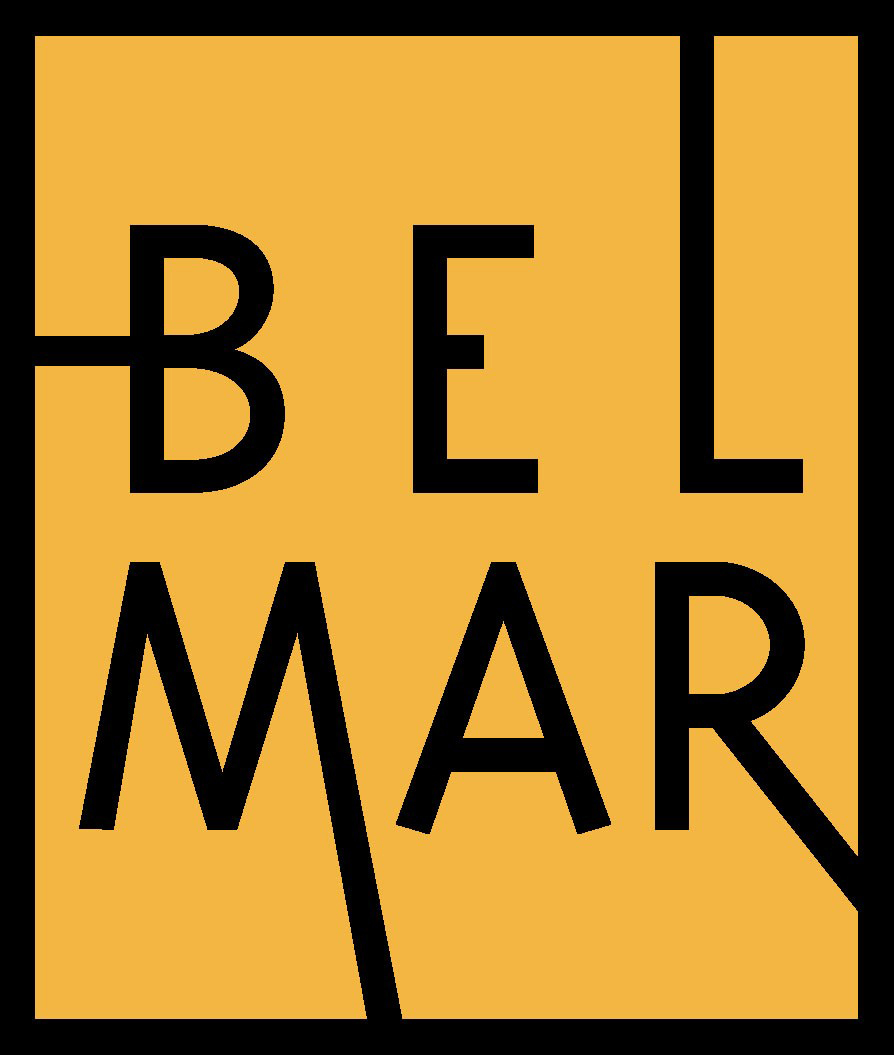 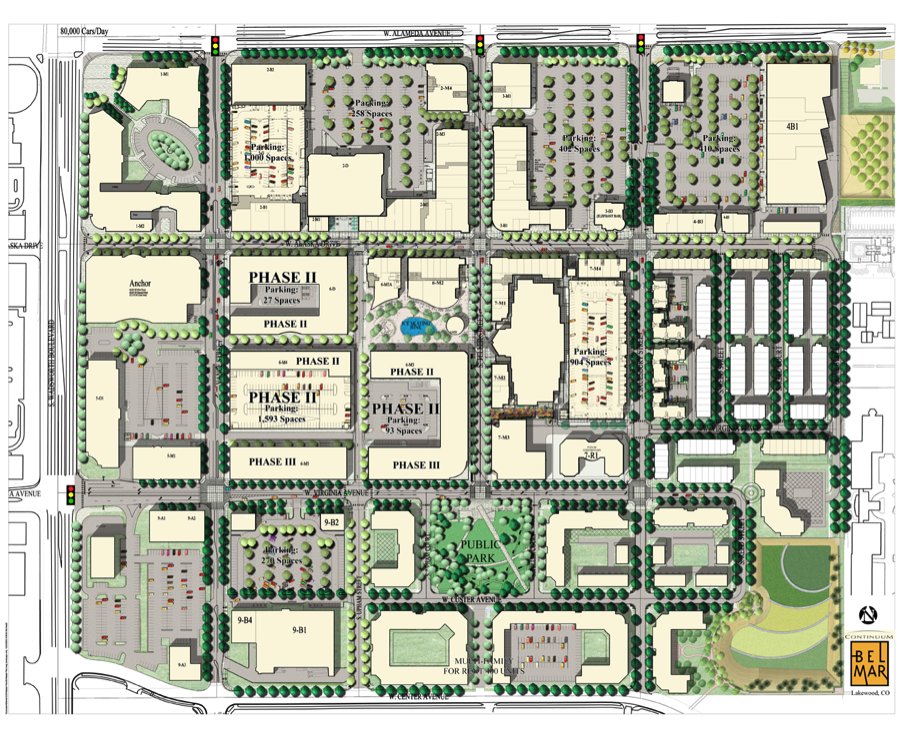 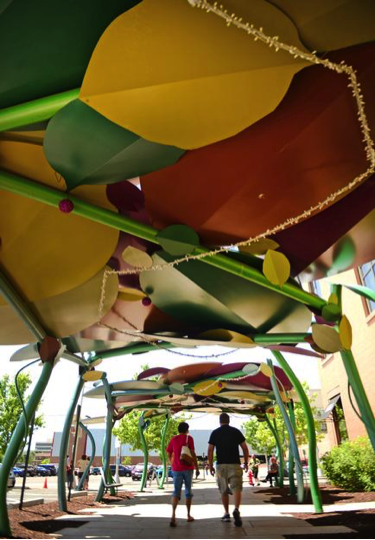 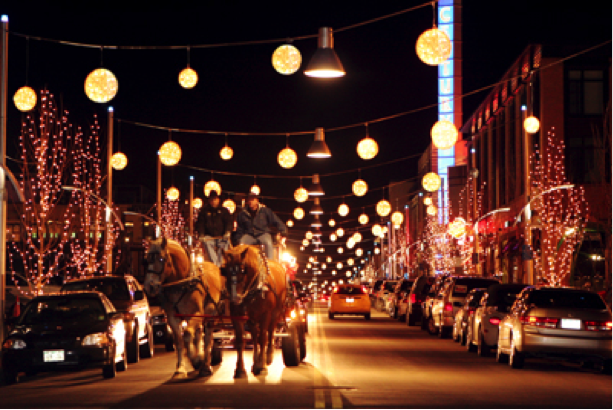 Holiday Decor – custom, silver holiday balls that lit up at night, hanging from the lighting wires over the street

Urban Anatomy – small “aha” moments through out the district.  This is the poet laureate Billy Collins’ poem, titled “Fish,” in response to the sewer cap. 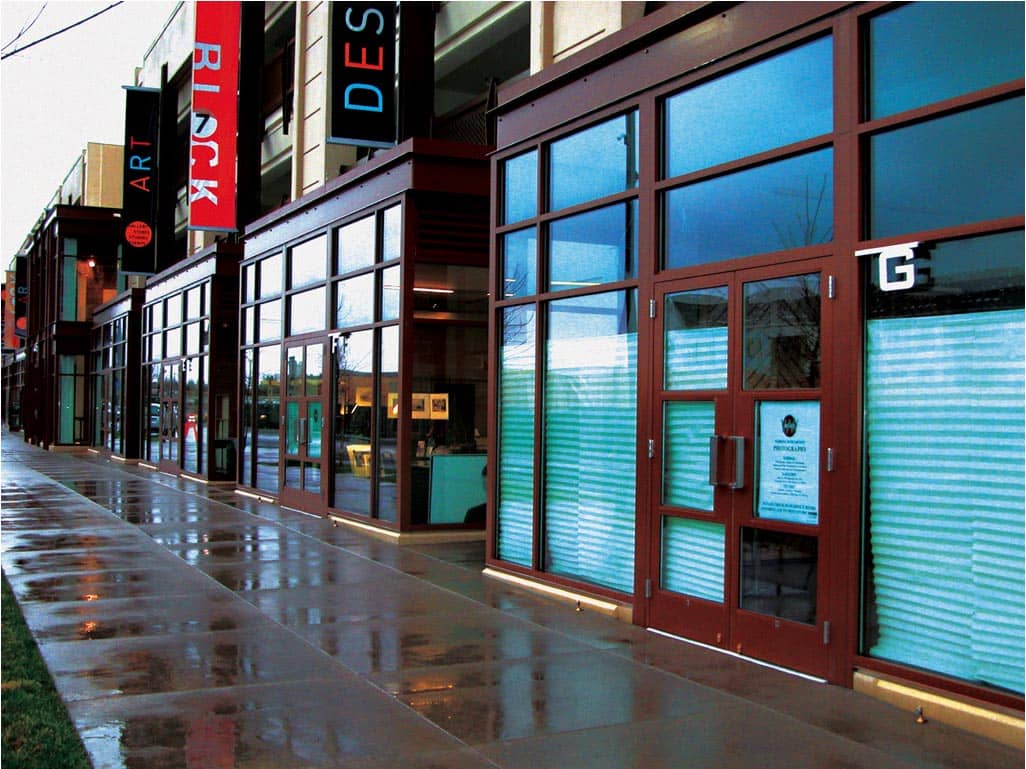 Block 7 Arts – a block of artist studios and a central gallery, built into the side of the parking garage, as a community-building and placemaking strategy. 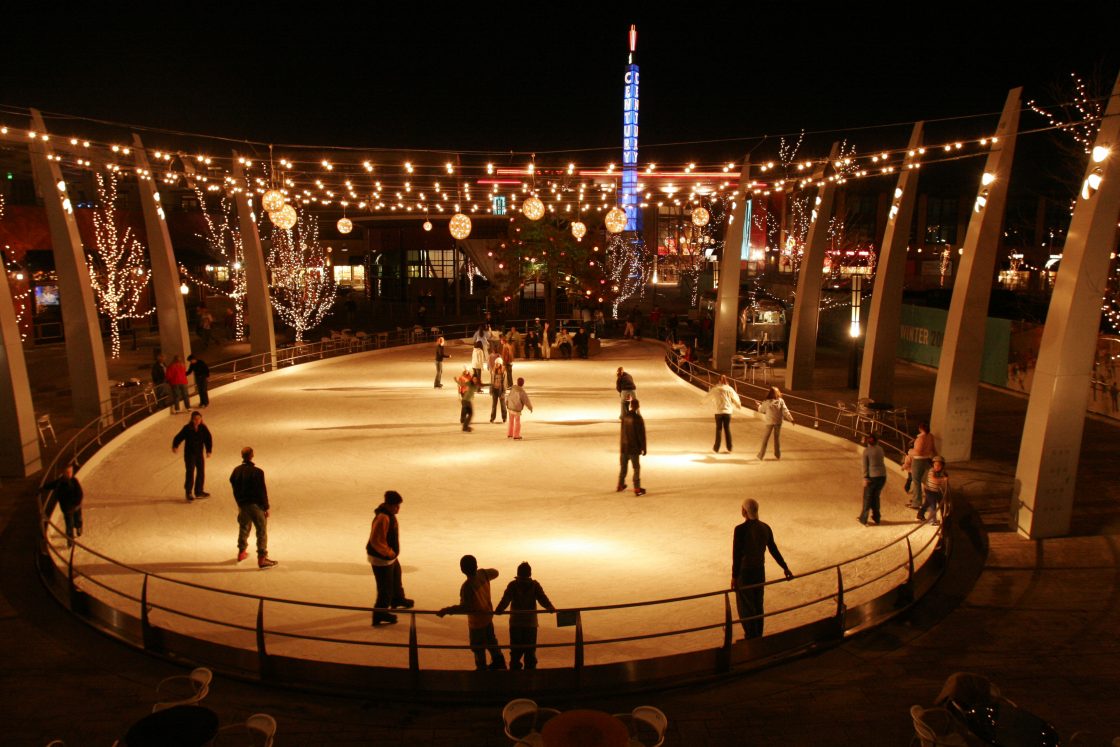 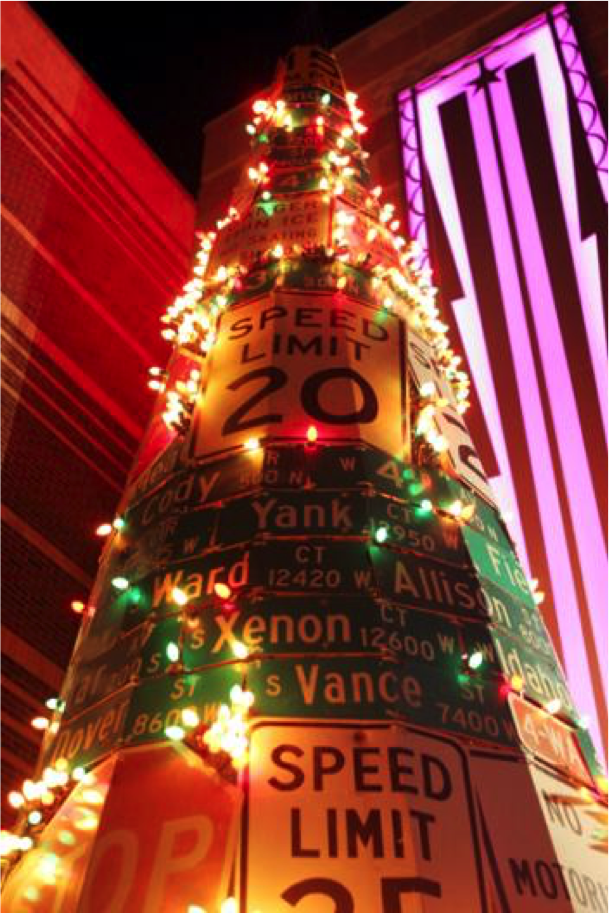 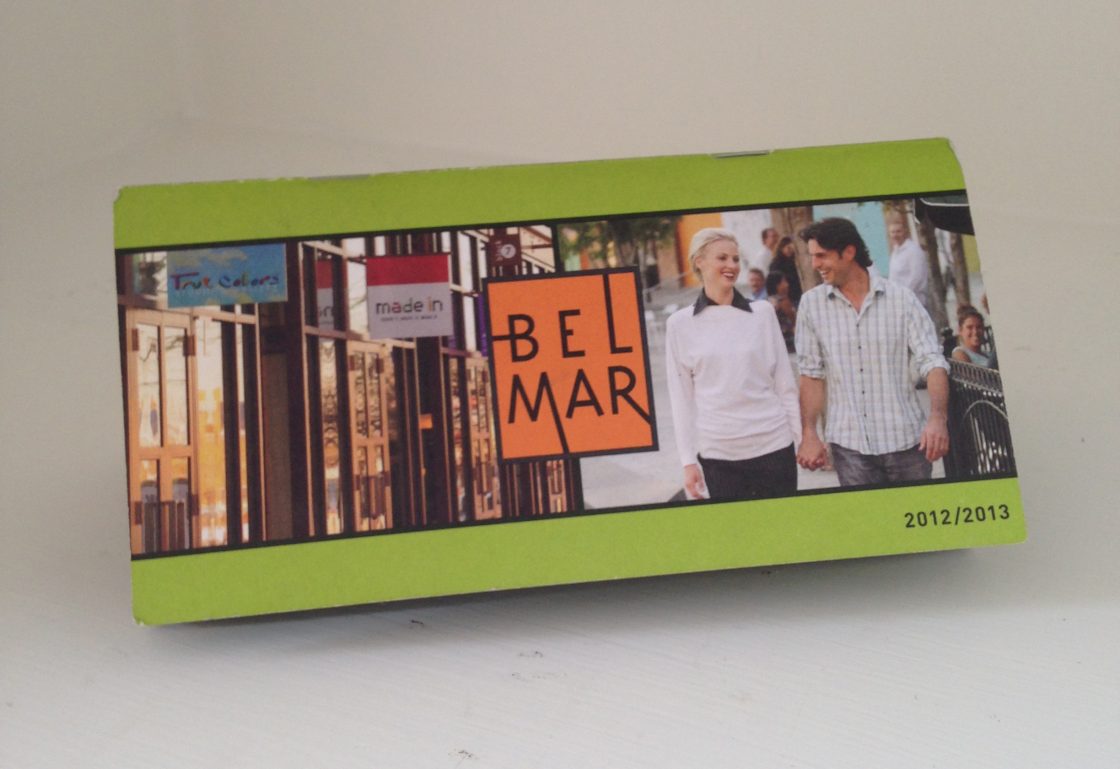 The Belmar Checkbook – a booklet of “checks” from the merchants in the district, as an alternative to a traditional coupon book 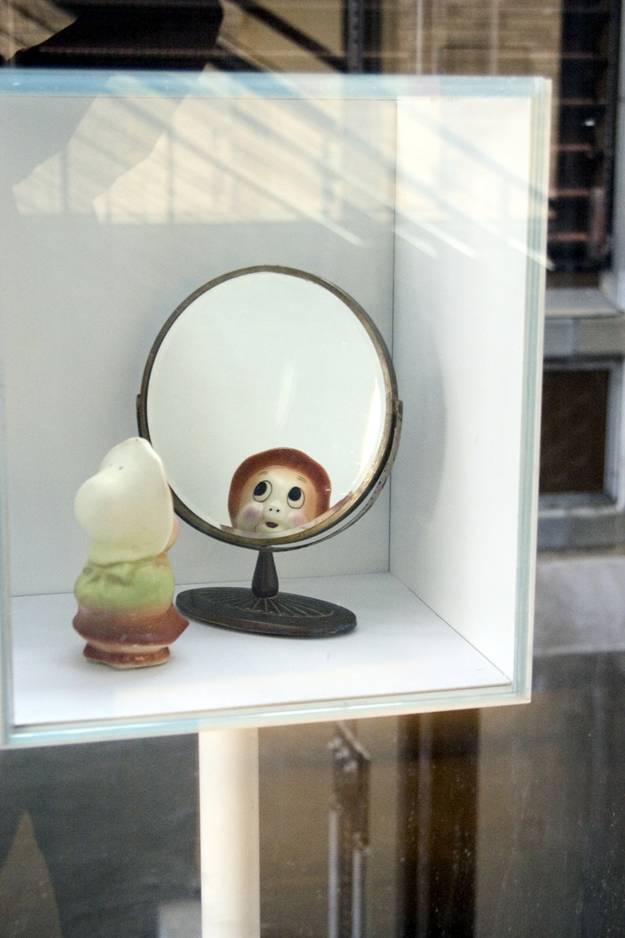 Urban Anatomy – a Lilliana Porter piece, installed in the elevator shaft of the parking garage, creating just little “aha” moments throughout the district 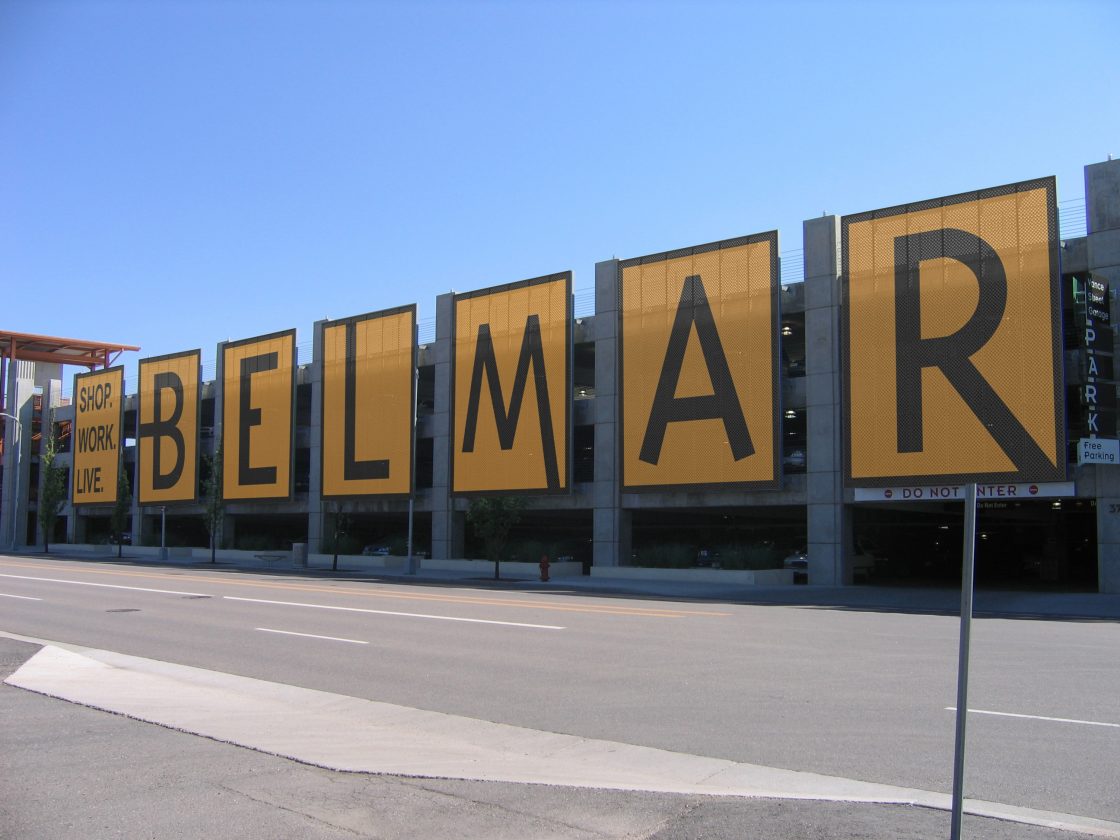